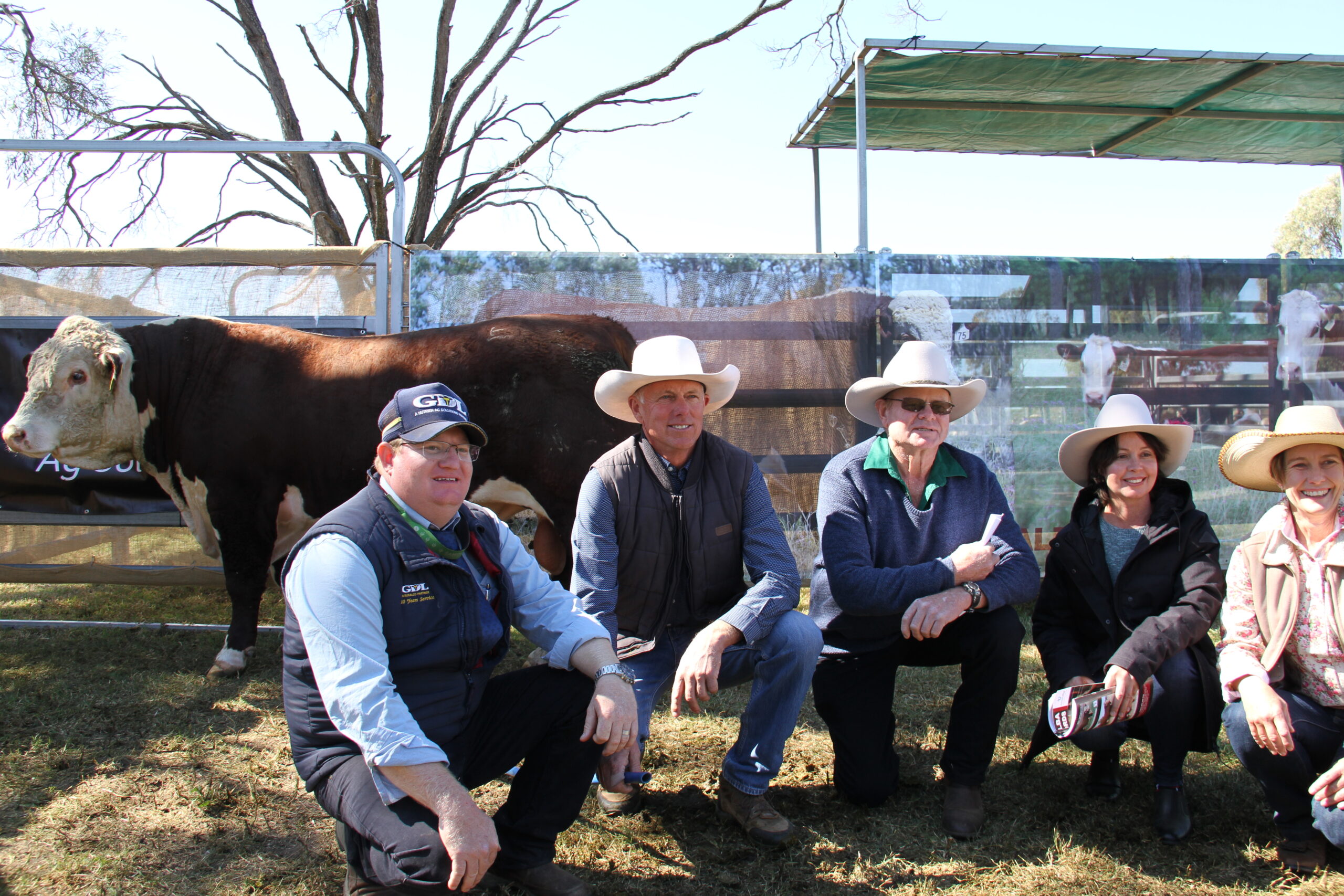 Sale topper was Talbalba Conrad Q086, a 1054kg, 23 month old, jointly sold to Daryl Bjorksten, Beralga, St George, and his brother Ian Bjorksten, Wandong, Yeoval, NSW. The sire prospect is the son of Yambro Conrad B88 out of Talbalba Minerva L022 and has been the heaviest bull of the drop since weaning.

Next at $28,000 was Talbalba Guardian Q125 purchased on Auctions Plus by repeat buyers Nowley pastoral company, Burren Junction, NSW.

Volume buyers were longstanding repeat clients Bevan and Tony Hauff, Blackall, who finished with five bulls for a healthy average of $15,000.

Also active was Ian Winks, Woolerina Grazing, Bollon, who paid an average of $16,000 for two bulls.

Steve and Deb are thankful to all buyers and underbidders at this year’s sale, the support from our old and new clients was remarkable. We are grateful to be a part of the wonderful averages from bull sales this year due to terrific commercial cattle sales in a restockers market.