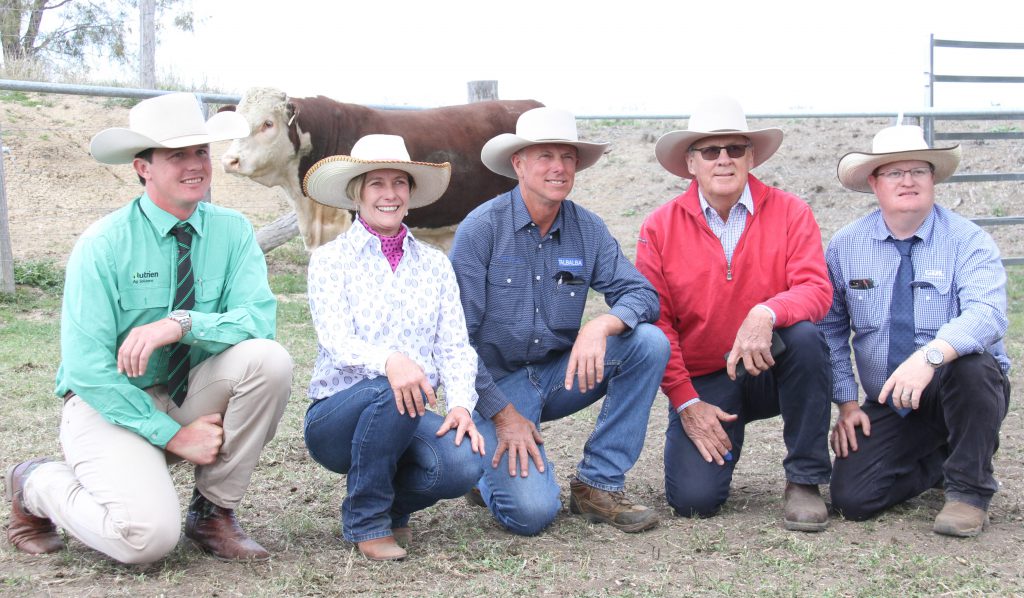 WHITEFACE bulls sold to an incredible $100,000 to average $11,867 at the red hot on-property Talbalba Hereford bull sale at Delemere, Millmerran.

Emperor (Mawarra Emperor/Talbalba Choice) was backed by Breedplan data showing him to be a low birth weight sire (+3.7), have excellent top 10 per cent growth, and outstanding carcase data including being in the top 1pc for marbling.

“He’s just an exceptional bull and something we are constantly looking for,” Mr Newnham said. “Everything about him is just that bit better.

“There was plenty of interest in him, so we were very fortunate to have been able to secure him.”

Mr Newnham said Emperor would initially be used in the stud herd at Delungra, before being transported to Yarram Park for the southern breeding season. Semen would also be collected from the sire, he said.

Second top price at $20,000 was the polled Talbalba Executive by Days Executive, which went to Brian and Trinket Anderson, Glen-Avon, Theodore. That impressive bull was in the top 10pc for growth rates.

Daryl Bjroksten, Beralga Herefords, St George, also paid $19,000 for a Executive, this scur bull was in the top 1pc for growth and top 20pc for muscling.
The Ferling family, Campview, Kilcoy, took home two from the Talbalba Advance line including a deep, horned bull with a 40cm scrotal measurement for $16,000. 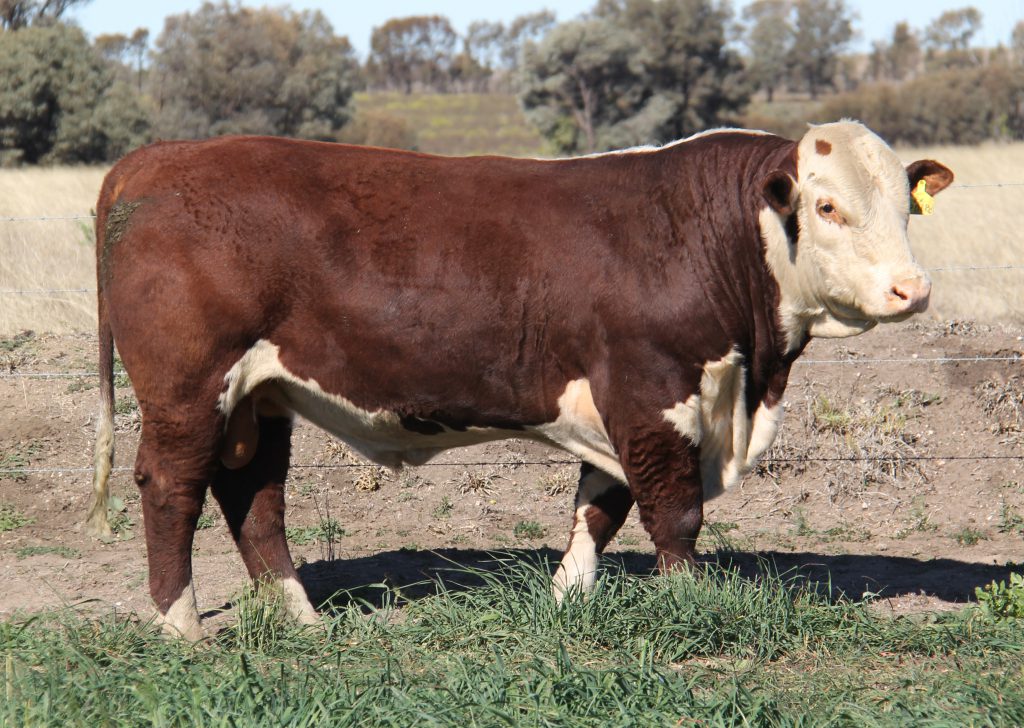 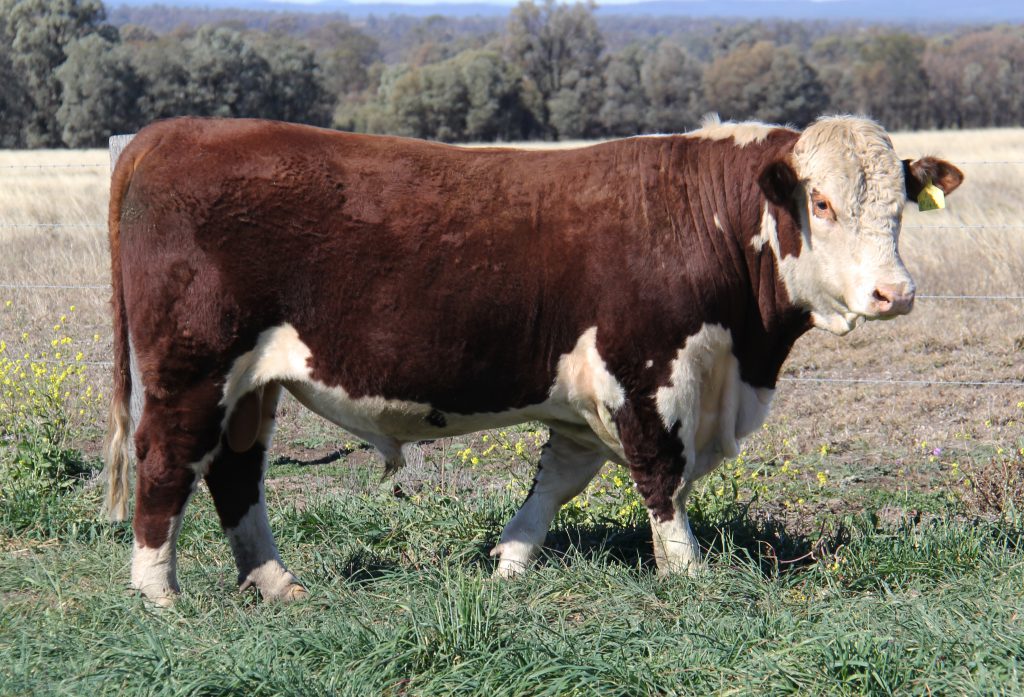 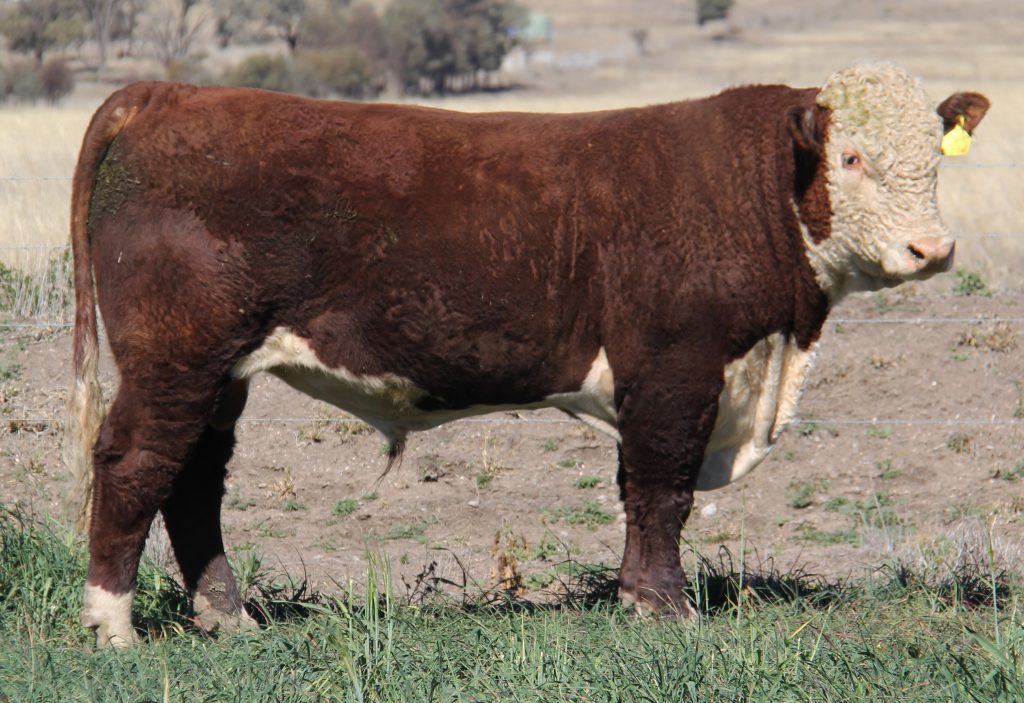 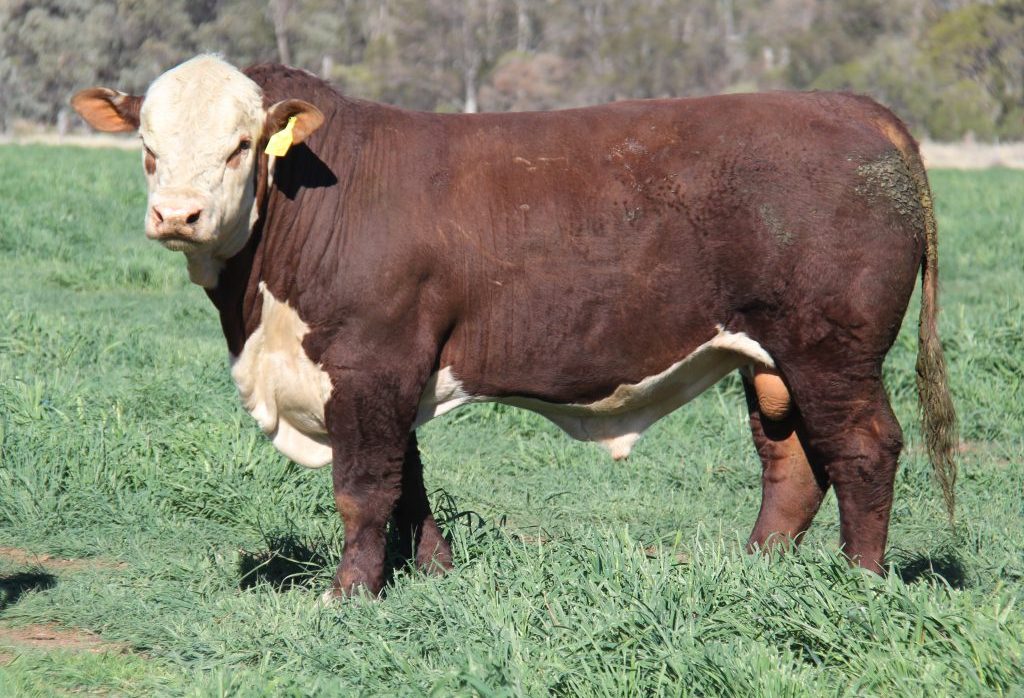 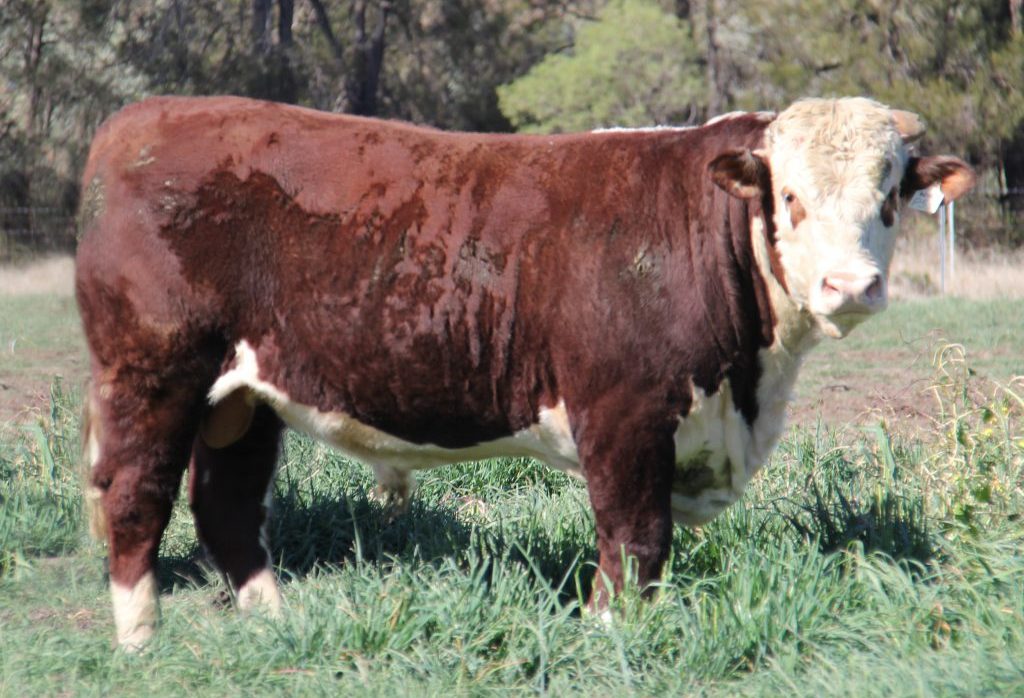 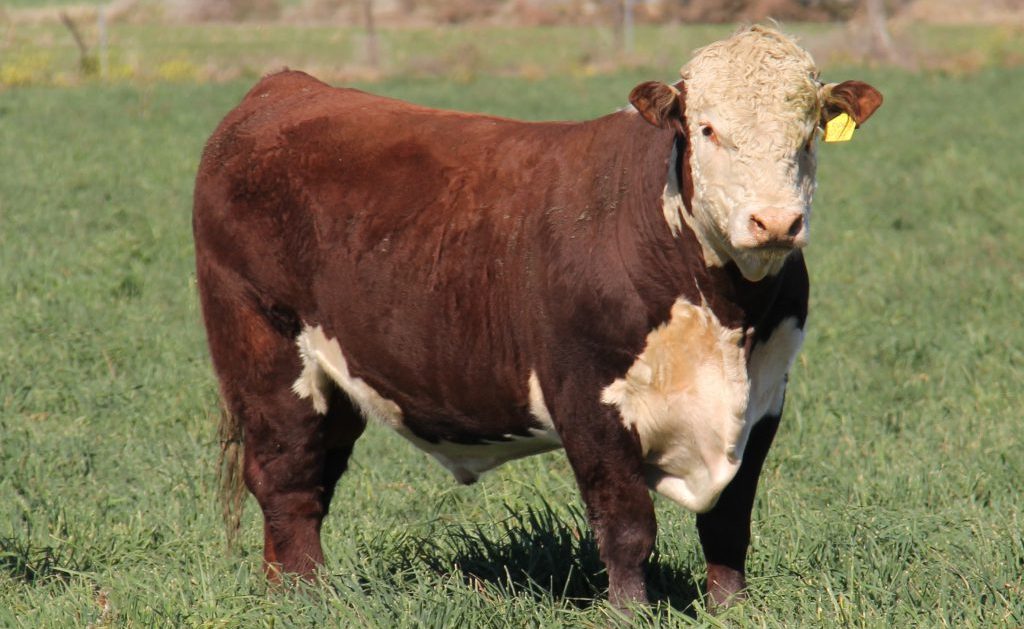 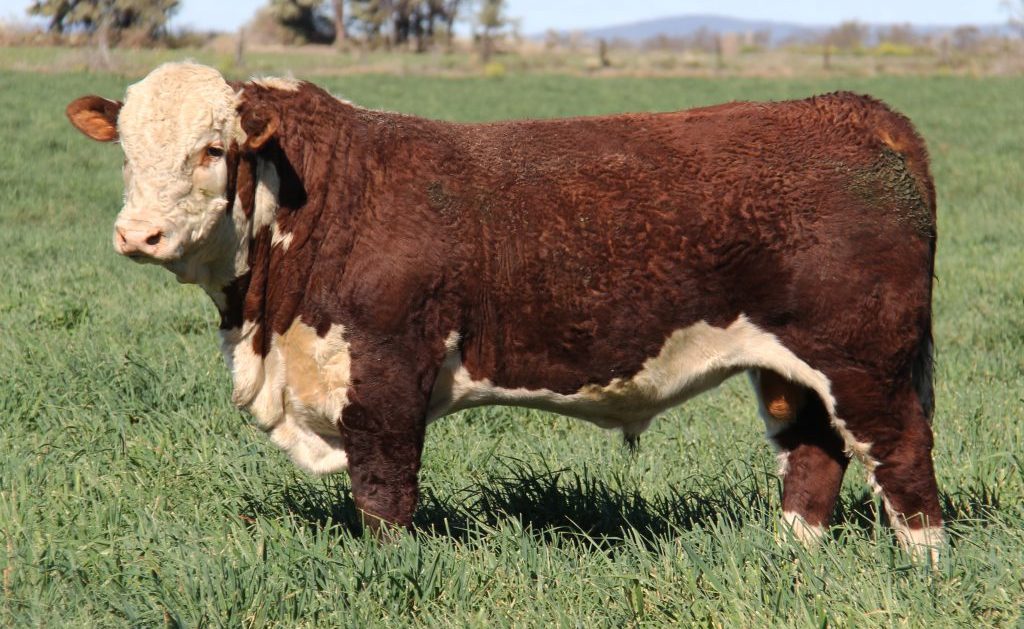 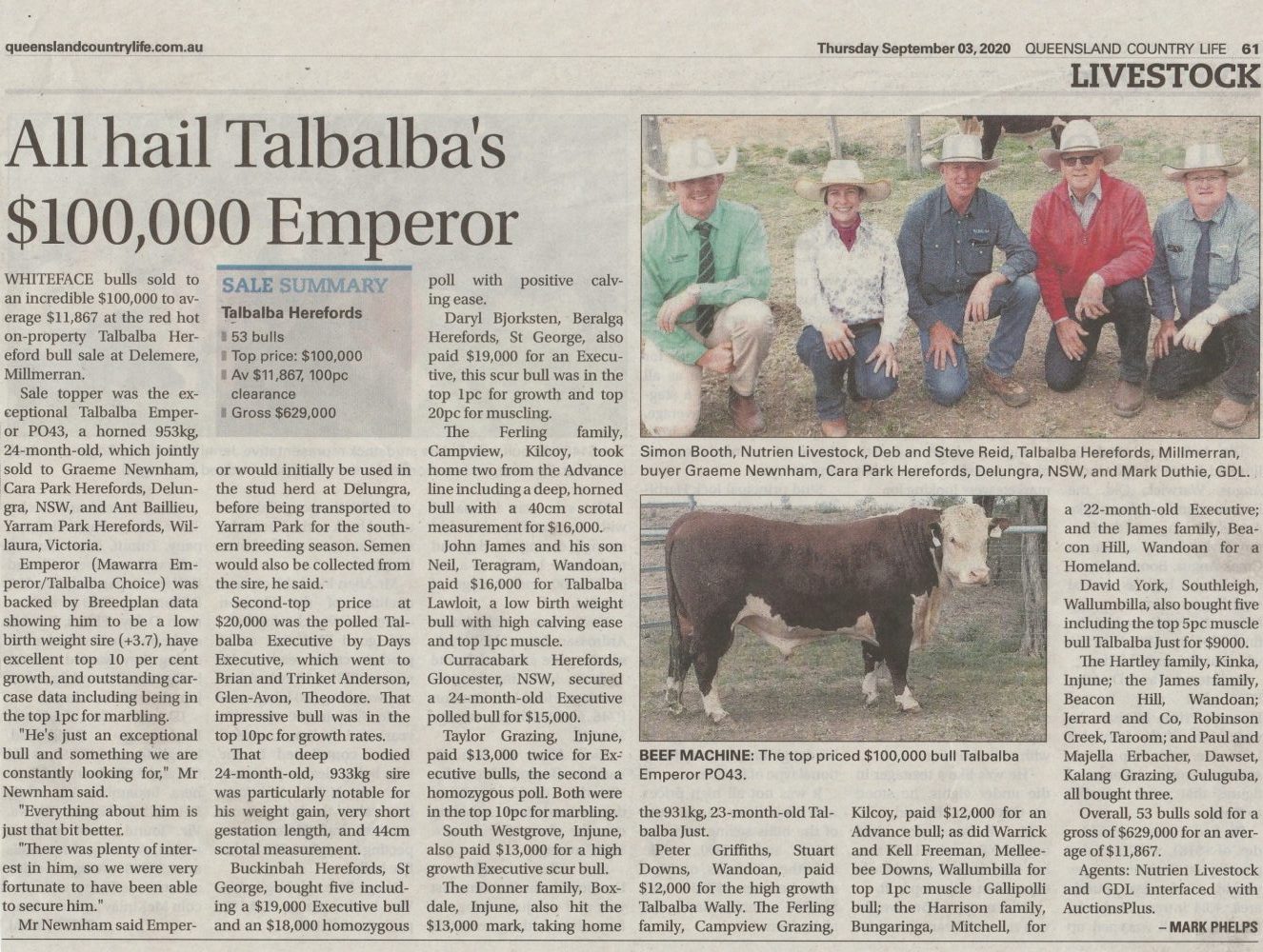